A tribute to MSD’s and Raina’s contribution

On the evening of 15th August 2020, MS Dhoni and Suresh Raina announced their retirement from the Indian cricket team leaving all the cricket fans shocked and surprised. These two men have been ruling the world of cricket for the last two decades and have become a common name in every household. For some people, cricket meant MSD and Raina. MSD broke out the news to his fans at 19:29 p.m. on 15th August by posting a message.

“Thanks a lot for your love and support throughout. From 1929 hrs consider me as retired.”

This left the entire cricket fraternity stunned and his fans were just coping up with the news when Raina posted,

“It was nothing but lovely playing with you Mahi. With my heart full of pride, I choose to join you on this journey.”

And, in this way, the Jai and Veeru of the cricket left the whole country in shock. Both the players were the true gems of the Indian cricket team and were strongly known for their coordination and friendship.

Born on July 7 in 1981 at Ranchi, Jharkhand, MS Dhoni comes from a middle-class family. His father Pan Singh worked for MECON and his mother Devki Devi was a housewife. The great legend, Dhoni stepped into the field of cricket in early 1995. He performed exceptionally well in wicket keeping which allowed him entry into a local cricket club called the Commando cricket club where he played from 1995-1998. However, it was in the 1997-98 season, when Dhoni’s superb performance in the Vinoo Mankad under-16 championship attracted the eye of the selector.

In the year 1998, the Indian-International cricketer was selected for the Central CoalFields Limited (CCL) team. Whenever He hit a six in Sheesh Mahal Tournament, Deval Sahay, who selected him for CCL, gifted him Rs. 50. The next year, in the 1999-2000 season, he got selected in the Senior Bihar Ranji Team at the age of 18. The same year, he was selected for East zone U-19 squad for the CK Nayudu trophy. In a few years, the name Dhoni was known to every household. During 2002-2003, he played in the Jharkhand Team for Ranji Trophy and Deodhar Trophy, which gained him recognition for his lower-order contribution as well as hard-hitting batting style. Moreover, in the tri-nation tournament with Kenya, India A, and Pakistan A, Dhoni helped the team India to chase their target of 223 runs with a half-century against the Pakistan team. MS Dhoni scored 362 runs in 6 innings with an average of 72.40. His splendid performance received the attention of the then Captain of Indian Cricket Team- Sourav Ganguly. Then he was picked for the ODI team and gave his best shot in every match. Later, he made his ODI debut in the year 2004 against Bangladesh. Later, in the year 2007, Dhoni received an A grade contract from the BCCI, and in September 2007 he was elected as captain of Indian Team for the World Twenty 20 matches. Under his captaincy, Team India won the 2007 ICC World Twenty20 Asia cup and made the country proud.

He is the quickest wicketkeeper when it comes to innings and holds the world record for the highest number of stumpings by any wicket-keeper. MS Dhoni is the one and the only captain in the history of Cricket to win all the ICC trophies. He won the 2007 T20 world cup. After taking up the Test captaincy in 2008, the captain cool brought the winning trophies from matches against New Zealand and West Indies and bagged the Border Gavaskar trophy in 2008 and 2010. He led the team very well and four years later in 2011, he led India to the finals with victory over Australia in quarter-finals and Pakistan in finals. He also led India to victory in Champions Trophy 2013.

SportsPro rated MS Dhoni as the sixteenth most marketable athlete in the world in the year 2012. The very next year, In 2013, under MSD’s captaincy India became the first team to whitewash Australia in a Test series. Under his captaincy, India reached semi-finals in the year 2015. Dhoni’s coolness and ability to back players under immense pressure led India to beat Bangladesh in the final of Asia cup in the year 2016. On January 4, 2017, MSD announced that he is giving up captaincy.

He is the first non-Australian captain to win a hundred matches. Moreover, he has been awarded various prestigious rewards like Rajiv Gandhi Khel Ratna, Padma Bhushan, Padma Shri, and various awards by ICC as well. MS Dhoni is truly a legend. It is a name that reverberates with every generation. 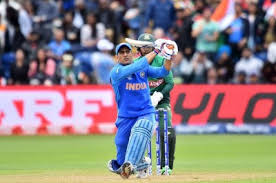 Mahendra Singh Dhoni tied the knot with Sakshi Singh Rawat, his school friend from DAV Jawahar Vidya Mandir on July 4, 2010. However, before marrying his schoolmate, he fell in love with Priyanka Jha whom he met in his early 20s. At that time in the year 2002, MSD was trying his best to get selected in the Indian cricket team. The same year, his girlfriend died in a road accident.

MSD was devoted fully to his country. At the time of the birth of his baby girl, he was in Australia, and the 2015 Cricket World Cup was a week later. He didn’t travel back and quoted,

“I am on national duty, other things can wait.” 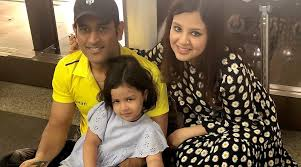 Another legend who accompanied MSD in his retirement is Suresh Raina. The friendly bond between the two has always been admired by the fans. Suresh Raina grew up in the hostel far away from the loving atmosphere of the home. He was struggling to cope in the Sports hostel in Lucknow, Uttar Pradesh. The boys in his hostel were ruthless and jealous of the coaches paying attention to Raina. However, his life turned when a call came from Mumbai to play cricket for Air India. At Air India, Pravin Amre encouraged him a lot and things and things began to flow. The opportunity knocked on his door when he got a scholarship from Air India worth Rs 10,000. To this, Suresh once said,

“I would send Rs 8000 to my family. An STD call would cost Rs. Four, and as soon as two minutes would end, I would keep the phone down. All this taught me the value of money.”

At the age of 15, Raina was selected to play for the Indian under 19 cricket team on its tour of England. And, he didn’t disappoint anyone and scored two half-centuries in the test matches and made sure the chances of getting into the Indian Cricket team in the future increased. Raina made his Ranji Trophy debut in February 2003. Later, in the same year, he toured Pakistan for the under 19 Asian ODI Championship. The next year, in 2004, he scored three half-centuries including a 90 scored off only in thirty-eight balls.

In 2010, when South Africa toured India, Suresh Raina was in the fifteen man squad. He was the third captain of the team and was given the responsibility when Captain, Dhoni, and Vice-captain, Sehwag rested for the matches. Though he lost the first-ever match captained by him but he made a substantial mark by the end of the stint. Moreover, splendid players like Virat Kohli and Ashwin debuted under his captaincy.

The rise of Raina

Moreover, MS Dhoni also refers to him as the safest hand in the team. Not only known for his cool captaincy, but Raina is also known for his achievements. He is the first Indian batsman to score centuries in all the three formats of the game and the third batsman in the world to hit a T2OI century. Moreover, he was the second world player and the first Indian player to hit 100 sixes in IPL and the first player to score 3000 runs in the IPL.

Raina is a versatile personality and has even lent his voice to the soundtrack of the film Meeruthiya Gangster. He married Priyanka Chaudhary on April 3, 2015. The couple is blessed with a baby girl. 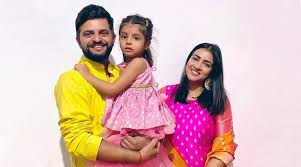 Soon after MSD and Suresh Raina announced their retirement, messages from their fans flooded on Social media platforms. Even PM Narendra Modi gave them a tribute and sent letters to both of them expressing thanks for their contribution in bringing name and fame for the country. Truly, the Indian cricket team is incomplete without them and all the Indians will always remember both these gems. Moreover, their friendship is also what is winning the hearts of everyone.

After his retirement, in an interview, Raina told,

“We had already made up our minds to retire on August 15. Dhoni’s jersey number is 7 and mine is 3- put it together and it makes 73. And on August 15, India completed 73 years of Independence so there couldn’t have been a better day. Dhoni began his career on 23 December 2004 against Bangladesh in Chittagong while I made a debut on 30 July 2005 against Sri Lanka. Both of us almost began together in international cricket, remained together at CSK, and so we now retired together and will continue to play in IPL together.”

He continued by saying,

“After announcing our retirement, we hugged and cried a lot. We sat together, talked about our careers and relationship, and partied with fellow CSK mates during the night.”

The news of the retirement surely left tears in our eyes but Indians will never forget your contribution. You both are as precious as diamonds and no one can ever replace the respect for jersey no. 7 and Jersey no. 3.